Welcome to the revolution. This is a crusade of romantic rebellion and feminine empowerment. One woman’s solo art exhibition. A fairytale of glittering heroines who are not trapped in a tower, but standing on the battlefield of an artist’s wild imagination.

For the last three years, Holly Suzanne Rader has dedicated her time to creating a cast of fierce females in the form of collage paintings and exuberant dress sculptures. “I’ve been working to bring the vivid world I had always imagined to life. It’s been a labor of love that I plan to introduce to the world in a production as high energy and intense as the Radio City Rockettes kicking line-up." They are portraits of starlets, models, and performers from an era long gone, transformed into characters that fit her modern ideals of lavish frivolity and brazen fashion. “This all comes from an inner desire to remove the female frailties our society has portrayed as weak while highlighting all of the exquisite characteristics that make up femininity”.

Born and raised in Tennessee, Holly’s family instilled in her virtues of both grace and grit. No one called Holly “princess” but she has always been an “artist” in their eyes. As a teenager, Holly was brought up by a hardworking and intelligent single mother, several witty aunts and a widowed grandmother; who worked in the fashion world while providing for ten children on her own. These were, and remain, her role models. “We weren’t fancy, but we knew what that meant and always did our best to add a little glitz and glamor to everything we did. We dreamed of glorious things and kept scrapbooks and visual wish lists that we shared with each other. My collection of daydreams has finally come to fruition and is a representation of each and every woman that has shaped my character."

In an art world dominated by male artists, we get to see a rare glimpse into the creative mind of the non-traditional female archetype…one that is soft with many edges. This is Holly’s visual tale of imaginary crusaders and fearless female warriors. A collection of muses dripped, splattered, gilded and embellished with lavish and unique rhinestones, wallpaper snippets and trimmings she personally collected throughout her creative journey. Muses anointed by her as royals. Fierce… Alluring… and Killer. 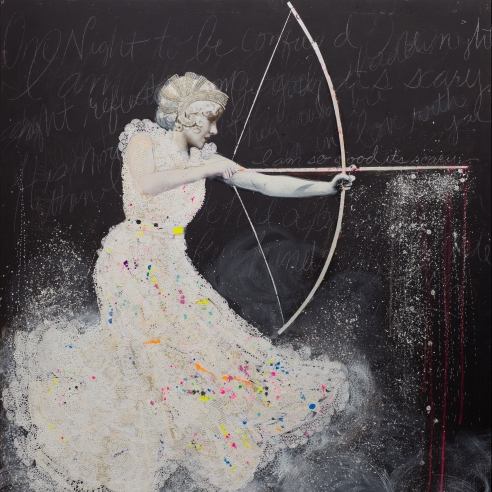 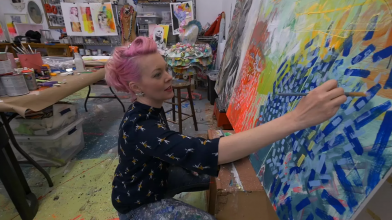 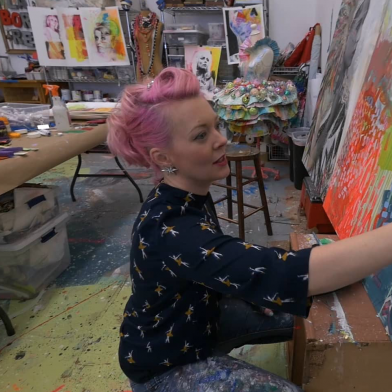 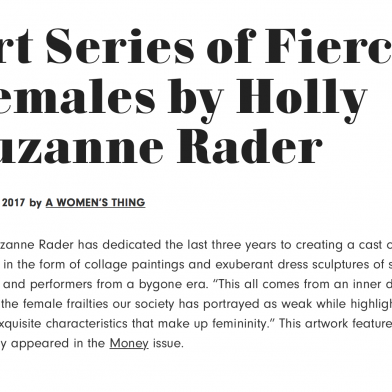 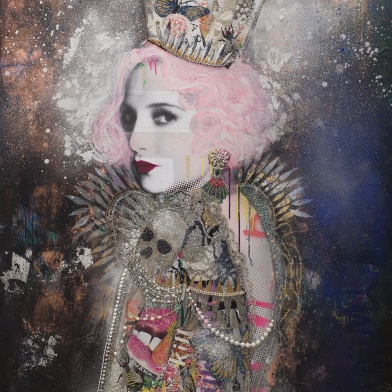