Martin Schapira was born in NYC in 1982 and from a very young age was exposed to the city's fashion scene via his fathers clothing and footware retail outfits. He served as a buyer for the company at age 15 and flying to Milan in his teenage years to purchase goods was the norm.

At age 24 he established a custom aquarium, pond, and water feature design firm with childhood friend Nathan Kamelhar and has been the co-lead designer for the famed aqua design studio Okeanos In NYC for 11 years. After completing over 200 projects worldwide this experience has allowed him to work hand in hand with the who's who of the architecture, interior design, and art world and his designs have been featured in over 50 worldwide publications including The New York Times, GQ, Wallpaper, Interior Design, Interview Magazine, Robb Report, and Surface. His aquarium art collaborations with the renowned French artist, Pierre Huyghe have been featured in the worlds top museums including MoMA, Lacma, The Metropolitan Museum & Centrei Pompidou.

Martin's art constitutes an eclectic mix of characters and strong messages that are results of people, personal experiences, and the opinions he has met and gathered over his life and travels.

Zevi G was born in 1984 to immigrant parents in Lakewood, New Jersey. After a tumultuous childhood between the US and Israel and an admittedly colorful youth, Zevi has emerged from his plight to be a person with ambition and a definite zest for life. After being bound by his past circumstances, he now seeks to break down any barriers that he encounters.
During his 20s, he became an entrepreneur and now owns and operates successful construction businesses in the New York tri-state area. He takes pride in his accomplishments in this field: “For the last 11 years, I have been realizing other people’s visions. I have been installing whatever the designer has been telling me.”

Now, with his art, he expresses his own creative vision. An autodidact, Zevi’s interests include history, science, and politics: “I love to learn because, from others’ mistakes and experiences, we can learn to better ourselves today and for our next generations.” Zevi is also an explorer. Having visited over 25 countries--and counting--, each place has inspired him in some way. He has seen the best and the worst of society. Having witnessed corruption, greed, misery and hardship, he chooses to live a positive life: “I am human and at times I can struggle, but I never want to hurt another person again or commit any act that would have a negative effect on another human. I want to help. I want to live a life where I can do more and give back.” So as a philanthropist, he commits 20% of his profits to charity. While he considers the world his home, Zevi currently lives and works outside of New York City in Jackson, New Jersey.

Martin and Zevi met 8 years ago on a 20,000-gallon indoor koi pond Okeanos was building in a corporate building in NJ. That was the first of many project collaborations they have worked on together since. Art is a passion they both share strongly and have created an array of works together that have been sold worldwide. 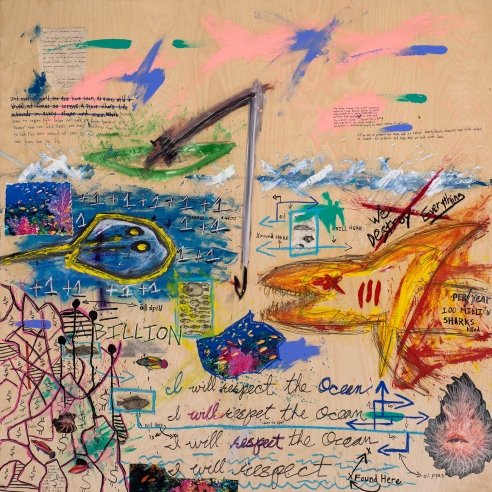 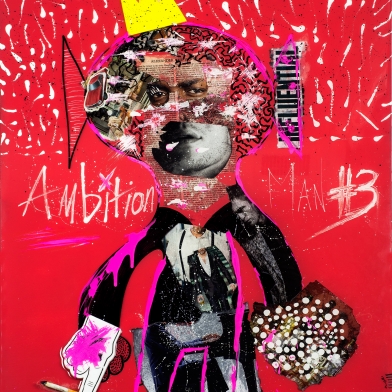